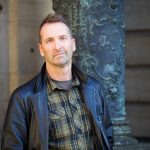 Paul Hardisty is currently the CEO of the Australian Institute of Marine Science. He is the author of five novels, including The Abrupt Physics of Dying which was shortlisted for the CWA Creasy Dagger. Turbulent Wake was named by several UK book sites as 2019 Book of the Year. His sixth novel, 7, is due out in 2021. 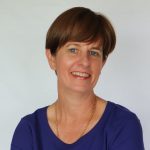 Dr Margaret Cook is a history lecturer at the University of Sunshine Coast, an Honorary Research Fellow at La Trobe University and the University of Queensland, and a freelance historian. Her research interests include natural disasters, water politics, and the cotton industry. Her recent book is A River with a City Problem: A History of Brisbane Floods. 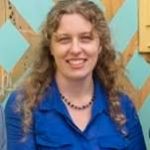 Tully Barnett is a Senior Lecturer in Creative Industries in the College of Humanities, Arts and Social Sciences. She is a Research Fellow for the ARC Linkage Project Laboratory Adelaide: The Value of Culture looking for qualitative and quantitative methodologies for measuring and reporting the intangible and non-financial benefits of cultural activities, institutions and events, with collaborators Julian Meyrick and Robert Phiddian. She serves on the advisory board of the ACHRC and the executive committee of the Australasian Association of Digital Humanities (aaDH). 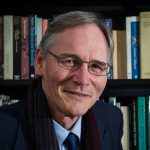 Professor Will Christie is Head of the Humanities Research Centre at ANU and Director of the Australasian Consortium of Humanities Research Centres. He is a Fellow of the Australian Academy of the Humanities, where he was Head of the English Section from 2015 to 2018, and was founding President of the Romantic Studies Association of Australasia (RSAA) from 2010 to 2015. 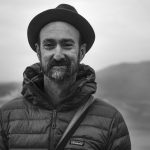 Grayson Cooke is an interdisciplinary scholar and award-winning media artist, Associate Professor of Media and Deputy Dean (Research) in the School of Arts and Social Sciences at Southern Cross University. 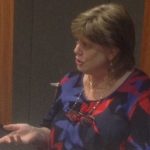 Associate Professor Allison Craven teaches Screen and English at James Cook University, North Queensland. She has served on Academic Board, and, while Bachelor of Arts Coordinator, on various faculty and university committees, and is currently an Elected (Academic Staff) Member of JCU’s 17th Council. The author of two monographs, she is currently Roderick Scholar in Comparative Literatures. 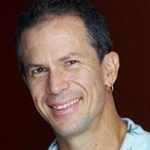 Simon is currently Head of Social Sciences in the college of Arts, Society and Education at James Cook University, His original training was in zoology and marine science but after working as a scientist for several years he enrolled in a PhD in order to explore the relationship between local environmental knowledge, customary marine tenure, and coastal fisheries in the Solomon Islands. This experience led to a growing interest in anthropology and political ecology, which he continues to draw on in his research into the relationship between scientific and non-scientific understandings of the environment. This has mainly been in the context of tackling renewable resource management and governance challenges, particularly in coastal fisheries. Having spent significant blocks of time working with both natural and social scientists, including while at ANU and JCU, and as a team member of a number of large, interdisciplinary research projects, Simon is very interested in the politics of interdisciplinary collaboration, and the power relations between natural and social scientists, and the natural and social sciences. 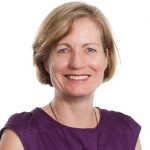 Associate Professor Robyn Glade-Wright is a practicing artist and educator who has presented over forty solo exhibitions in public and private galleries. Glade-Wright’s research interests include aesthetics, environmental art and practice-led research. Glade-Wright’s works of art call attention to the role humans have played in climate change, environmental pollution and species loss. 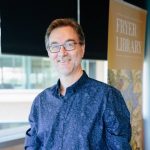 Roger Osborne is a Lecturer in English and Writing at James Cook University. His research concentrates on Australian literature and British modernism seen through the lens of book history, magazine culture, and scholarly editing. He co-authored the book Australian Books and Authors in the American Marketplace, and is completing a book-length study of Joseph Furphy’s Such is Life. 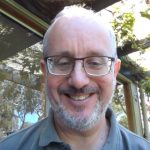 Robert Phiddian started the ACHRC back in 2011 and clearly doesn’t know when to leave a party. He has been Chair of the Adelaide Festival of Ideas and a Board member of the Australian Book Review and of the international Consortium of Humanities Centres and Institutes (CHCI). Most recently he is the author of Satire and Public Emotions (Cambridge UP, 2019) and co-author (with Julian Meyrick and Tully Barnett) of What Matters?: Talking Value in Australian Culture (Monash UP, 2018). 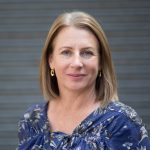 Rosalind Smith is the Professor of English at the Australian National University. She has directed a regional Humanities research centre, The Centre for 21st Century Humanities at the University of Newcastle, as well as served as Acting Pro Vice Chancellor for Research and Innovation at the University of Newcastle. She currently holds 4 external research grants as lead CI (a Future Fellowship, a Discovery Project and a Linkage Project) and is CI5 on a LIEF grant on digital mapping in the humanities. She works on gender and form in early modern women’s writing, as well as the role of digital tools in analysing and disseminating early modern research. 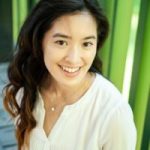 Bachelor of Medicine, Bachelor of Surgery alumnus Grace hopes to undertake studies towards a Master of Arts in Philosophy at Columbia University as a 2020 Fulbright Scholar. She seeks to specialise in philosophy of the mind and to merge this knowledge with novel neurobiological therapies for holistic treatment of psychiatric illness in disadvantaged youth. She currently works as a junior emergency physician and regularly attends journal clubs with a neuropsychiatry research group at James Cook University. Her previous biomedical research has focused on development of novel agents to treat type 2 diabetes and also on post-war health policy under the New Colombo Plan.

‘The Two Cultures’ also includes two workshops, which will be held over Zoom on the afternoon of July 3rd.

For abstracts and registration details, see the Workshops page.

The live symposium will be accompanied by a variety of asynchronous presentations and artefacts (ranging from podcasts to works by creative artists) which will be released on July 3rd and available through the ACHRC website.

We are delighted to announce that the following presentations have been accepted as part of Humanities in the Regions 2020: